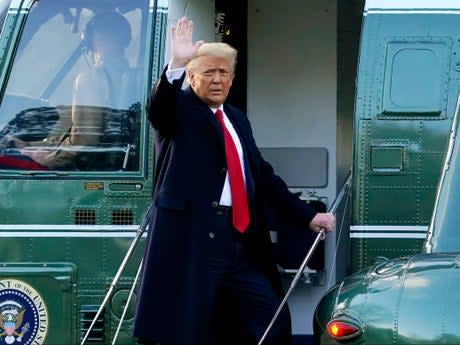 Donald Trump has funnelled thousands of dollars from his donors into his private business after his loss in the 2020 presidential election.

The former president’s reelection campaign moved roughly $2.8 million from donors into the Trump Organisation over his term, including at least $81,000 since Mr Trump lost the election, according to Forbes, based on campaign finance reports submitted to the Federal Election Commission. .

One of his campaign’s joint-fundraising groups working with the Republican Party also moved another $4.3 million from donors into the former president’s business over the course of his time in office, including $331,000 after Election Day.

A week after news media outlets called the results of the election for Joe Biden, a joint-fundraising committee paid his hotels nearly $300,000 for room