Thousands of small businesses face collapse as one in five applications for the emergency coronavirus Bounce Back loan scheme has yet to be approved.

Almost 120,000 firms which applied for cash from the flagship rescue programme have either had their applications declined or are still waiting to hear if they will receive help – putting them at risk of going under as the lockdown grinds on.

More than a third of applications at HSBC, Britain’s biggest bank, have not been approved.

The emergency funding is handed out by banks but backed by the state, with taxpayers covering all of lenders’ losses if a borrower defaults. The loans are interest free for the first 12 months.

Lenders claim to be approving the overwhelming majority of applications quickly, although some have conceded they are dealing with a large number of cases and admit this has caused delays.

The scheme is designed to provide businesses with emergency cash within 48 hours of a successful application, but some small business owners say they have been waiting to hear from their banks for more than two weeks.

Andy Perkin, 40, runs a catering business in Cheshire and is one of the 20pc of loan applicants yet to receive funding.

He applied on the day the loans became available, but still does not know if he will receive support. Mr Perkin, a premium business account holder with Tide Bank, said he is facing “a wall of silence” from the lender and that he would run out of money and be forced to close down if he did not receive help soon.

He said he also tried to open accounts and apply for bounce back loans at Lloyds, Barclays and HSBC, but also faced delays or rejections. His fledgling business does not qualify for other loan schemes as it has not been established for long enough.

Wayne Downing, 36, who runs a tourist business in Bude in Cornwall, also applied on May 4 with his bank HSBC, but is still waiting.

He said: “I have heard nothing for a week and all they keep telling me is they have a lot of applications.

“This money is vital for us to keep the business alive until the next summer season. We were already running low on cash as we had to replace a lot of our kit last year because of flooding damage.

“I haven’t paid myself a wage since October and if the current climate continues we could well go under.”

Craig Merchant, 49, said his Shropshire-based electrical engineering firm desperately needs a Bounce Back loan to survive. A Barclays customer for more than 35 years, he said he had been waiting for two weeks to hear from the bank whether his application had been successful.

Emails from the bank to Mr Merchant, said it has “a large backlog of applications waiting to be checked” and that it cannot provide a timescale on when this will be resolved. Barclays said the build-up was caused by extra checks needed due to taxpayer support for the loans.

A spokesman for the bank said: “Our colleagues are working extraordinarily hard to get these loans into the hands of customers as quickly as possible.”

Barclays approved more than 100,000 loans in the first two weeks of the scheme going live, worth £3.2bn.

HSBC said it had received 106,419 applications and approved 71,000. It said it was one of only a few banks to offer loans to new customers and had been inundated with unprecedented demand, with wait times becoming significantly longer than normal.

Tide Bank said it did not become accredited under the scheme until May 15 and upon reaching its lending limit has to request further capacity from the British Business Bank, which oversees bounce back loans. Tide said this has caused delays.

Lloyds has now approved more than 116,000 applications for over £3.6bn and has not experienced a significant backlog, with 98pc of applications approved.

These checks are in place to prevent crime. A spokesman said the industry is committed to getting businesses through the coronavirus crisis.

For minority-owned businesses shut out of coronavirus loans, an ongoing push for access

Fri May 22 , 2020
Rahama Wright has been in business for 15 years, but the experienced entrepreneur could never have foreseen the impacts of a pandemic coming her way. “It has been an up and down rollercoaster,” Wright told ABC News. The owner of Shea Yeleen, a social impact business that sells shea butter […] 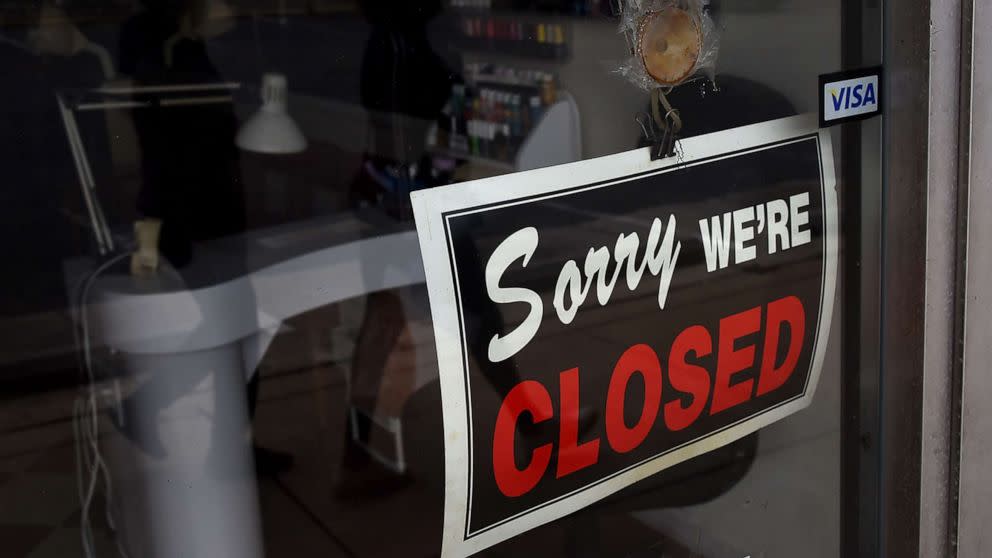