An unemployed stagehand is suddenly an e-commerce mogul, peddling hard-to-find items such as toilet paper and home fitness equipment. A laid-off personal vacation adviser may have found her true calling — teaching English online to students around the globe. A recruiter is paying the bills as she awaits her unemployment benefit checks by day-trading stocks.

With the coronavirus pandemic throwing tens of millions of Americans out of work or reducing their hours, many are scrambling to make ends meet by taking on part-time jobs and other side hustles, launching new ventures, or playing the market – often from the safety of their homes.

The phenomenon isn’t captured by the Labor Department’s employment data because of the overall devastation wrought by the virus. In April, a record 20.5 million U.S. jobs were wiped out, and Labor’s May jobs report Friday is projected to record another eight million layoffs, driving the unemployment rate near 20%, highest since the Great Depression.

But some private surveys are picking up the trend of people picking up part-time work and side hustles. Sixty-four percent of Americans age 24 and older who lost a job have landed, or plan to seek, a side hustle, according to a TD Ameritrade survey conducted April 24-May 4. And 54% of all adults are planning a side gig, according to a mid-April survey by Self.inc, a personal finance site.

FlexJobs — which advertises work-at-home, part-time and temporary jobs – has seen a 50% jump in traffic on its site compared to a year ago, says CEO Sara Sutton.

Searching for stimulus: These Americans are entitled to stimulus checks if you can find them

“There has been a surge of this in the past few months that is definitely attributable to the number of people being laid off,” Sutton says.

Normally, big job losses trigger massive searches for full-time jobs, but this crisis has been anything but normal. With much of the economy shut down, there have been relatively few jobs available. Many unemployed people aren’t looking for traditional positions because they fear they’ll catch the virus, says Andrew Chamberlain, chief economist of Glassdoor, the job posting site.

Others expect to be rehired when the pandemic eases, he says, and so they’re biding their time and collecting unemployment benefits that include a $600 federal supplement during the crisis. Some can’t work because schools are closed and they need to take care of their kids.

Yet many jobless Americans need extra income. Some don’t qualify for unemployment insurance despite expanded eligibility criteria, while others have been stymied in their efforts to receive benefits because of swamped phone or computer systems. And unemployment checks simply aren’t enough for many peop.

Jobless benefit recipients who do a side hustle may still get unemployment, though the amount likely would be reduced,, says Michele Evermore, a senior policy analyst at the National Employment Law Project.

“We’re seeing people gravitate towards opportunities that are in high demand…to quickly get back on their feet,” Chamberlain says..

FlexJobs is seeing a surge in postings for online English tutors, social media specialists, and gaming and computer security professionals. Robert Half International, is trying to fill lots of openings for mortgage and small business loan jobs at banks that are tied to the federal stimulus, says Paul McDonald, senior executive director at the staffing firm.

Although all 50 states are gradually letting businesses reopen, consumers are expected to return to restaurants and shops warily, and unemployment is likely to remain elevated into next year.

Here’s a look at how several laid-off workers are getting by:

Mitchell Stern, 36, who lives in the San Francisco area, made a six-figure salary setting up exhibits and serving as an audio technician, among other tasks, at corporate events. But work virtually disappeared in March as Americans shunned large gatherings.

“Every event was canceled,” says Stern, who is single, lives with his 19-month old daughter and had to dip into savings to pay his April rent and other bills. “I was starting to panic a little bit.”

Before the crisis, Stern planned to dabble in selling a skincare product online but quickly realized that “people are not going to be spending money on luxury items… Everybody’s needs had suddenly changed,” he said.

“My solution was to create an e-commerce store that carried all of the items that I thought people might start to buy more of in the new normal of social distancing and working from home,” he says. Many of the items were tough to find at chain stores and even on Amazon, including toilet paper, hand sanitizer, face masks, home fitness equipment, survival gear and kids’ games.

“It lets you do anything,” Stern says. Still, he says, “I had to figure it all out myself. I’m still finding my way.”

After hatching the idea in mid-April, it took him just a couple of weeks to set up the business.

Stern lists his products online at Walmart, eBay, Google Shopping, and soon, Amazon, as well as his own site, victorygarden.shop. When a customer orders a product, a manufacturer in China arranges to ship it. At about 5:30 p.m. each day, Stern presses a few keys on his laptop to pay manufacturers for that day’s purchases. At 8 a.m. the next day, he types in tracking numbers to fulfill the orders, triggering payments to his bank account.

Each of those steps takes just a few minutes.. He spends the rest of the day caring for his daughter and taking her on walks or to the park.

Stern notched $300 in sales the first hour his enterprise was up and running. Now, he’s taking in about $2,700 a week in revenue, netting him roughly $1,100 in earnings based on a 40% profit margin. Sales, he adds, are growing “exponentially.”

He credits his success to low prices that narrow his profits but place him high in Google search results. “I didn’t get too greedy,” he says.

If the corporate events business recovers, Stern says, “I can feasibly do both.” Meanwhile, he plans to start other e-commerce ventures, building their revenue and then selling them in six months to a year, potentially earning millions of dollars.

“I took lemons and I made lemonade,” he says.

Read this before quitting over COVID-19: Ready to quit because you’re scared of the coronavirus? Some things you need to know

Holly Kramer, 33, of Arvada, Colorado, booked luxury vacation homes until such pre-pandemic indulgences evaporated and she was laid off in mid-March. Fortunately, her husband kept his job as a paramedic firefighter and the couple could pay their rent and other bills.

But Kramer wasn’t eligible for unemployment benefits and they had to scale back spending on restaurants – whether dine-in or take-out — from once or twice a week to monthly. And their frequent outlays on camping equipment became a thing of the past.

Kramer initially applied for a grocery store job. “I was looking for anything,” she says. “It wasn’t ideal,” though, because of the risk of getting the virus.

In mid-April, she found a position on FlexJobs as an English language tutor. After two weeks of training, Kramer began working Tuesday through Thursday, eight hours a day, giving 25-minute online video lessons to students in countries such as Spain, Germany, Turkey and Brazil. Her clients include teenagers who plan to attend college in the U.S., business executives and retirees.

A British native, Kramer once worked as a hiking and bicycle tour guide, telling participants about local cultures, so it wasn’t difficult to reactivate her teaching skills.

“I get to meet people from all different countries and help them get better,” she says. When their English improves, “It’s a fantastic feeling.”

The pay — $15 an hour, or $360 a week – is less than half her vacation adviser salary but it’s enough to allow Kramer and her husband to order take-out dinners a couple times a month. And they recently bought a new Dutch oven for camping trips.

Kramer has no plans to go back to the travel and tourism business.

“We have more free time to do the things we do outdoors,” she says.

After she was laid off from her recruiting job April 1, Charlotte Mahler, of Plano, Texas, waited about six weeks for her unemployment checks. She recently received about four weeks of payments – half of what she should have gotten — and they didn’t include the $600 federal weekly supplement. The $2,000 was enough to pay her rent but not utility and other bills.

Forced to draw from her savings, Mahler, 52, has been day-trading stocks through Ameritrade since she lost her job. Her father showed her the basics in her 20s and she has traded occasionally over the years. But this was different.

“I said now that I have availability all day, why not do it full-time?” she says.

Mahler wakes up daily at 7:30 a.m. Central Time so she can watch CNBC and read Zacks Investment Research reports to prepare for the New York Stock Exchange’s opening bell an hour later. Closely monitoring CNBC and her Ameritrade account throughout the day, her strategy is elegantly simple: If a stock starts to climb significantly, she buys it. When it begins to dip, even slightly, she sells.

She typically buys and sells five to 20 stocks – amounting to $2,000 to $5,000 – daily. When she saw beaten-down cruise ship and airline stocks climb recently, she bought some, quickly selling the next day as they started to dip and netting about $1,000. She cleared about $400 on Peloton, the exercise equipment producer, and $700 on Beyond Meat, the maker of plant-based meat substitutes, buying and selling both stocks within a day.

While watching Beyond Meat’s stock price on her iPad, she had to run to the grocery store for toothpaste and asked her mother to keep an eye on the stock and call her if it started falling. Fortunately, it didn’t.

Mahler says she never loses more than $100 to $200 in a day, and typically nets several hundred dollars to $1,000 a week, which she promptly transfers to her bank account.

“That’s how I’m going to make money and pay my bills,” she says. “I have to be aggressive in the market.”

While she says day trading is fun, she’s actively looking for another job.

“It’ll be nice not to have to watch the stock shows,” she says. “Some days, I feel like I’m getting a little burned out.” 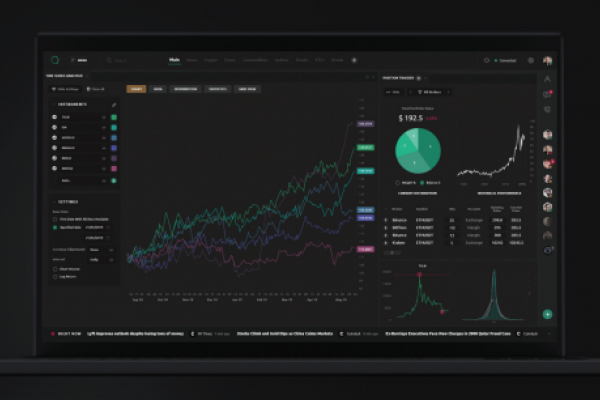