(Bloomberg) — South Korean Finance Minister Hong Nam-ki sees a third extra budget pending approval in parliament as the last for this year and said the economic shock from the coronavirus pandemic may have bottomed.

South Korea’s economy can still avoid its first annual contraction in more than two decades if stimulus measures including the latest supplementary budget get carried out quickly enough to build on the momentum of improving exports and consumer confidence, Hong said in an interview with Bloomberg on Friday.

“We are seeing signs of consumption and exports recovering from May,” said Hong, who also serves as deputy prime minister. “What’s more important than pouring out more measures and money is ensuring that the third extra budget and the series of measures taken in the first half feed through.”

The government has so far pledged more than 270 trillion won ($225 billion), or roughly 14% of its gross domestic product, to support businesses and families hit by the pandemic.

Though most economists expect South Korea’s GDP to contract this year for the first time since the Asian financial crisis in the late 1990s, Hong reiterated that the government’s 0.1% projection isn’t out of reach if policy efforts are swiftly implemented.

While Hong sees a need to focus on passing the third extra budget and implementing measures, lawmakers have a big say in supplementary budget decisions, holding the final key to approvals and often igniting discussions on the need for such spending.

Hong’s less pessimistic view on the economy comes amid signs of improvement.

Exports may show surprising strength toward the end of the year as major trading partners reopen their economies, Hong said, with chips, ships and medical supplies leading the recovery.

South Korea’s exports slumped more than 20% in April and May, but early trade data point to a more moderate fall this month amid resilient chip demand and more purchases from China.

“The atmosphere for an improvement of exports is turning more favorable,” he said, while adding that overall shipments will still likely contract for the year.

Having flattened the infection curve earlier than most countries, South Korea is now focusing on a post-pandemic growth strategy that fosters new industries. Driving the strategy is President Moon Jae-in’s “New Deal” program, which seeks to create 550,000 new jobs by spending 31 trillion won through 2022, when his term ends.

The government will focus its investment on artificial intelligence, bio technology, self-driving cars and other data-intensive industries as their success can spill across other businesses, Hong said.

South Korea is keeping a “nervous eye” on China, whose “Made in China 2025” plan overlaps with its ambitions in many technology sectors, he said. Still, it’s the private-sector investment that holds the key to maintaining South Korea’s competitive edge, Hong added, commending Samsung Electronics Co., SK Hynix Inc. and LG Display Co. for their recent decisions to expand production lines.

Launching new businesses is also central to finding the next growth engine, he said, adding that only 0.8% of half a million college graduates in Korea begin startups compared with 8% of 7 million graduates in China.

South Korea Bets on ‘Untact’ for the Post-Pandemic Economy

Hong said the pandemic has prompted South Korea to rethink its dependence on factories abroad, with the government planning to announce supply-chain reshaping measures in July to better absorb future shocks from outside.

Hong expressed confidence in South Korea’s economic resilience, but said he was anxious about the possibility of its credit rating being changed as the government ratchets up spending and economic difficulties grow.

The government’s stimulus measures are expected to push up South Korea’s debt-to-GDP ratio to about 43%, but that’s still very low compared with the OECD average of around 110%, Hong said.

South Korea still has fiscal room for further action, though the pace of debt increase could be a concern, he said. The government is looking to propose rules limiting debt accumulation in late August, he added.

The Bank of Korea has also done its part to avert a deeper downturn, cutting rates to a record 0.5% and providing unlimited liquidity via repurchase agreements. While pledging to keep monetary policy accommodative until the economy recovers, Governor Lee Ju-yeol recently flagged the need to prepare for an eventual policy normalization to prevent financial distortions.

Hong said he understands Lee’s concerns from a monetary policy perspective, but added that the focus must stay on economic recovery for now.

“The timing is too early to talk about normalizing the supply of liquidity as many companies are still complaining about a lack of liquidity,” Hong said.

As for ongoing minimum wage discussions for next year, Hong said the economic situation under the coronavirus should be considered by the committee that sets the rate of increase, as well as the welfare of workers.

The minimum wage rose by double digits in 2018 and 2019 after Moon took office vowing better living standards for workers. The pace slowed to 2.9% for this year amid a backlash from businesses.

Asked about his biggest concern of late, Hong mentioned the “For Rent” signs on streets he saw during his 10-minute ride to work that point to more business closures.

“That hurts,” he said. “The pressure to get an economic recovery going as early as possible is what keeps me awake at night.”

Wed Jul 1 , 2020
While other billionaires made their fortunes by building just one business, Warren Buffett owns dozens, producing everything from bricks to underwear. A list of the most prominent brands reveals many surprises. And here’s another surprise, which came to light over the weekend: The Federal Reserve now has an investment in […] 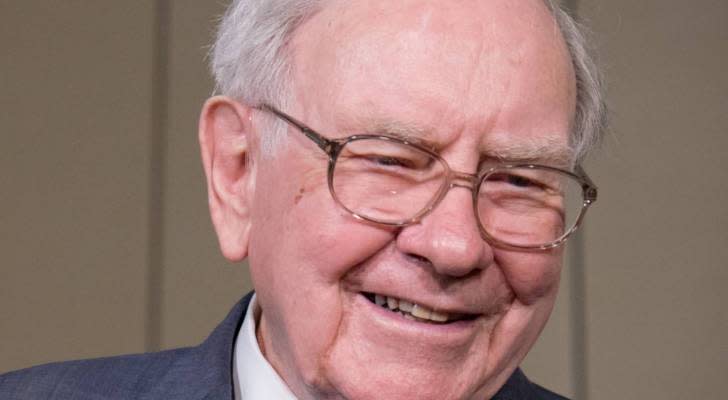