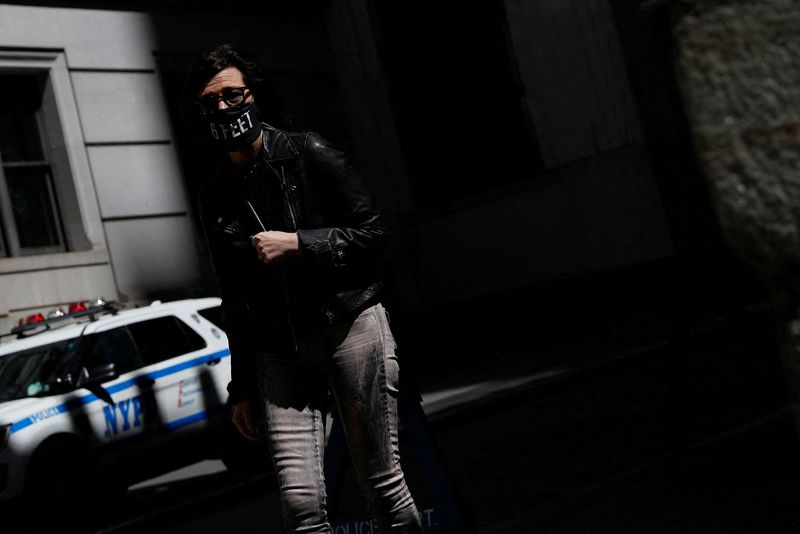 With the fourth wave of the pandemic now in full force, financial firms are once again grappling with when they can realistically get back to business-as-usual, and how to communicate to staff and retain workers amid the uncertainty.

“There is a great deal of squishiness around when the return to office is going to occur. They have had to reverse course so many times to the public, themselves and to staff,” said Neal Mills, chief medical officer for the professional services firm Aon (NYSE:), who advises companies on return-to-work plans.

A number of Wall Street banks and investment firms, including Bank of America (NYSE:), Citigroup (NYSE:) and Jefferies Financial Group have reversed their push to get staff back to the office as Omicron has spread https://www.reuters.com/world/us/omicron-fueled-covid-wave-crashes-into-new-york-days-before-christmas-2021-12-20 across the Northeast.

New York City is being hit hard, with cases rising 60% last week. Breakthrough infections are also rising among the 61% of the country’s fully vaccinated population.

Companies acknowledge that the safeguards they had been relying on to get workers back to the office, such as vaccinations, may not protect staff, Mills said.

Employers are targeting February as the likely return-to-office date, but with the situation changing fast “they are reluctant to do any communications”, he said.

One financial firm executive said their return-to-office target date was largely “arbitrary” but that the company did not want to leave workers in the dark.

“People do a horrible job of communicating,” said Adam Galinsky, a professor at Columbia Business School who advises companies on their back-to-office plans. Companies feel they cannot update staff until they have more information, he said.

The financial industry has been among the most aggressive in getting back to business-as-usual. Among banks, Goldman Sachs (NYSE:), JPMorgan (NYSE:) and Morgan Stanley (NYSE:) led the charge to get workers back to offices after vaccines were rolled out.

Goldman and JPMorgan had most workers back at offices on a rotational basis from the summer, while Morgan Stanley Chief Executive James Gorman had pushed for workers to return by September, although his stance has softened.

“U.S. banks were saying ‘OK, everyone is back, and it’s time to go and see clients in person’. That was the trendy thing in September, October,” said a senior New York-based executive at a European bank with large U.S. operations.

That aggressive stance has forced the industry to pivot quickly in recent weeks. Some executives have said the industry may have pushed too hard.

“I thought we would be out of it by Labor day, past Labor day. We’re not,” Gorman told CNBC last week https://www.reuters.com/business/fidelity-pauses-return-to-office-cites-rising-covid-risk-2021-12-13. “I think we will still be in it through most of next year. Everyone is still finding their way.”

Citigroup and Bank of America have told New York area staff to work remotely if possible for the time-being, while Wells Fargo (NYSE:) delayed https://www.reuters.com/business/finance/wells-fargo-will-announce-new-plans-full-employee-return-new-year-statement-2021-12-21 its planned Jan. 10 office return. Jefferies, one of the first firms https://www.reuters.com/world/us/jefferies-cancels-parties-travel-sends-employees-back-home-due-covid-19-2021-12-08 to send staff home, is now targeting Jan. 17 to get workers back.

Some banks, however, still have staff in the office.

Morgan Stanley has not told staff to work from home but is giving them the flexibility to do so. JPMorgan has sent home unvaccinated staff at its Manhattan offices and urged teams to review again who needs to be in the office. While Goldman Sachs canceled some holiday gatherings, it has not sent staff home.

A spokesperson for JPMorgan said the bank was monitoring the situation and would adjust accordingly. The other banks declined to comment.

“The return to the workplace will not be a straight line,” said Elisabeth Joyce, a vice president at Gartner Research and Advisory. “However, I anticipate organizations who are looking to mandate a return to the office will push timelines.”

She added that over the long term companies would stay the course in trying to get staff back into the workplace.

That is likely to cause retention issues. The senior New York-based executive said he believed hybrid working was “here to stay” and that banks had to figure out how to make remote working effective while reconnecting people physically.

“Companies set their date for when people are coming back and every quarter it moves another quarter out,” said Andy Challenger, senior vice president at executive-coaching firm Challenger, Gray and Christmas.

“In the beginning it was because of the waves of COVID and the danger. Now (employers) are worried that they can’t ask people to come back because people will quit.”

Wed Dec 29 , 2021
(Bloomberg) — The debt market is focused on whether coupon payments were made on two dollar notes that China Evergrande Group had due Tuesday, both with a 30-day grace period before a default can be declared.  Chinese companies reduced investment and remained reluctant to borrow in the fourth quarter, with […]