Finance has typically not been welcoming to women. But the “boys club” of yesterday is changing. A sign of the times: Financial firms rule this year’s list of Best Workplaces for Women. Nine organizations in financial services and insurance earned a spot in the top 20—triple the number on last […]

Finance has typically not been welcoming to women. But the “boys club” of yesterday is changing. A sign of the times: Financial firms rule this year’s list of Best Workplaces for Women. Nine organizations in financial services and insurance earned a spot in the top 20—triple the number on last year’s list.

What’s behind the shift? One reason is that the industry is evolving, with the value of financial advice changing. Almost nowhere is digital transformation shaking up an industry as it is in finance. With a finger swipe across a smartphone, investors can access their accounts and see how their portfolios are doing.

But women are adding value in ways that “robo-advisers” cannot compute.

“The coaching that investors are looking for really requires deeper listening skills and empathy—just some of the traits that women have that the industry has recognized,” Johnson explained.

Eighty-five percent of the ranking is based on what women report about their workplace and how those experiences compare with men’s. Fifteen percent of the remaining rank is based on how well-represented women are from the front lines to the executive suite.

Diversity is a business imperative

Our list is the latest sign that the financial services industry now recognizes gender diversity as a strategic issue that affects business outcomes.

“Financial institutions are seeing that all stakeholders benefit from diversity,” said Sarae Janes Lewis, director of associate and client experience at Pinnacle Financial Partners, a Nashville-based financial services firm that ranked No. 4 on the list.

“If associates love the place where they work, then the business improves, the client experience improves, the community impact and engagement is greater, and the financial results improve,” Lewis said. “Ultimately, it’s worth the investment.”

Freedom in self-expression is another reason women join—and stay—at the Best Workplaces for Women. Women are constantly told they need to change themselves—be more assertive, or wear more makeup—to succeed. At workplaces on our list, women are encouraged to bring their authentic selves to work.

Jennifer Windbeck, senior vice president and head of branches, cafés, and private banking at Capital One, says women no longer have to present as “male” to make it in the field.

“The industry has moved from an atmosphere where women had to assimilate to traditionally male norms—adapting their communication styles, networking approaches, leadership strategies, business decisions, and even attire, to be successful—to an environment where individuality is accepted,” Windbeck said. Capital One landed at No. 12 on our 2020 list.

Put another way: Women feel more included at these workplaces. And this feeling of inclusion is what Great Place to Work research found distinguished the Best Workplaces for Women from other organizations.

In the same research, we found that men feel more included at work than women on average. But the experience of inclusion improves for women as they rise up the ranks.

Why do women feel more included at the top? One theory is that senior employees are more involved in decisions. Great Place to Work research shows that involving employees in decisions that impact them goes a long way in making them feel included.

Another reason the financial services industry is becoming more welcoming to women is that companies are being more inclusive with their benefits. That means benefit programs don’t exclude any employee groups and support employees’ lives outside work.

Johnson recalls when there were fewer women at Edward Jones, and she was pregnant with her youngest son, who is now 19.

“I remember going in to tell my leader that I was pregnant, when I was having my first child, and I was so embarrassed. I felt like I had done something wrong, and I took off eight weeks.

Flexible benefits for all, not just women, is essential for closing gender gaps. Many of the Best Workplaces for Women offer shared, or in some cases equal, parental leave, one of the major structural imbalances in policy for men and women in the workforce today.

Topping generous paid leave is American Express, No. 15 on the list. The company gives mothers 135 paid days (20 weeks) and 100 paid days for fathers. The U.S. average is just four weeks, according to a survey by Mercer on paid parental leave.

The financial industry is also holding on to its top women workers through inclusive social and networking opportunities. Steakhouse dinners and wheeling and dealing over 18 holes of golf are outdated. And after-work drinks can exclude women who still shoulder the bulk of caregiving responsibilities globally.

Employees at Capital One can mix with clients and senior leaders at cultural and spectator sporting events, in fitness classes, and at lunches. Social media forums like Slack provide a digital connection so “Networking feels democratized, where there’s something for everyone” Windbeck said.

Pinnacle started with an open-door attitude that helps crack the glass ceiling for women, Lewis said.

“Part of it is things like having no executive suite. Our leaders sit in the same-size offices as everybody else,” Lewis said. “And they eat lunch at the same table. Our CEO spends three days with every new associate, and he has a special gift for names and knowing things about people.”

Pulling down the ivory tower

Approachable leaders are crucial for what we call removing “executive blinders.” Another striking finding of the women in the workplace study was that men are twice as likely to believe employees are treated fairly, regardless of their gender, compared with women.

That blind spot gets bigger as employees move up the ladder. Compared with female executives, male executives are 2.6 times as likely to believe employees are treated fairly in the workplace regardless of their gender.

It seems that many male leaders are divorced from the reality of their more junior and female colleagues. Having proximity to inequality awakens something important for an equitable workplace.

Edward Jones is removing the executive blinders by building unconscious bias training into the hiring and training process. The company is also changing the promotion process so advancing up the ladder does not depend on your proximity to senior leaders or exclude underrepresented groups.

“It’s not just based on who you know—which are those in your circle and could be those who are just like you,” Johnson said.

While some argue that benefits targeted to mothers are self-reinforcing, in the face of a pandemic, such measures are essential in keeping women in the workplace.

Parents are juggling work, childcare, and homeschooling, and the data says women are most often the ones leaving work to manage childcare during the pandemic.

But Edward Jones is putting radical flexibility on their list of benefits so women “don’t have to make a career choice based on the challenging times that we’re going through,” Johnson said. “We want to make sure that as women grow their career, they can also nurture their personal lives and take care of their friends, their family, and what’s in their personal lives.”

Capital One is also keeping women in the workforce by supporting multitasking parents. Employees get a discount for in-person or virtual tutoring and free access to online summer camp.

Representation at the top is essential for advancing women in the workplace and an overall positive employee experience. At Edward Jones, the most senior executive—managing partner Penny Pennington—is a woman. The company’s top-producing financial adviser is also a woman—Jennifer Marcontell. And a total of three of its eight executive committee members are women.

Edward Jones’ Women’s Leadership Experience program grows female representation from the entry level to senior leadership. In this initiative, a team of 22 high-potential female leaders, seven of those being women of color, took part in an eight-month program. And of those 22, 70% had job changes, and 61% were promoted.

In a landmark study in the 1970s, psychologists Pauline Clance and Suzanne Imes identified the impostor phenomenon as an “internal experience” of “intellectual phoniness” which appears to be particularly prevalent among “high-achieving women.”

The same study found that impostor syndrome claws at us when we find ourselves in a role that would have been unfamiliar or out of reach for our parents. And so, the higher many women rise in an organization, the more likely they are to feel inadequate—to experience impostor syndrome.

“I’ve had it for quite some time,” said Johnson, who has moved around the firm from operations to branch development to her role as chief human resources officer.

“In 2014 I was asked to join our management committee when I was in a branch development role. That’s our group of 20 leaders that, at the time … got together with our managing partner. And I still would sit there and think, ‘Somebody is going to come in and tap me on the shoulder and tell me I shouldn’t be here.’ Like, ‘You’re in the wrong meeting,’” Johnson said.

“I am very grateful for having mentors at Edward Jones that have been really supportive of me and building my confidence to really get that out of my mind and be who I am and focus on the strengths that I bring to the table.”

Mentoring the next gen of female leaders

Johnson shares her experience of impostor syndrome when she coaches younger female associates: “I try to mentor others on that because you can definitely get in your own head, and you can need somebody to help get you out of that and focus on the work at hand.”

Judging people first as individuals, rather than members of a group, creates a real sense of inclusion. And that’s another part of making work great for women.

“I’ve really never thought of myself as a woman at Edward Jones,” Johnson said. “That really hasn’t been anything that I’ve been challenged with or that I feel like has limited my opportunities during my career.”

At the Best Workplaces for Women, the boys club culture is gathering cobwebs. Inclusion is the new currency for finance.

Claire Hastwell is the Content Marketing Manager at Great Place to Work.

This story was originally featured on Fortune.com

Your guide to eight years of finance leaks

Mon Sep 21 , 2020
The FinCEN Files are another big leak of secret files, detailing the failure of major global banks to stop money laundering and financial crime. They also expose how the UK is often the weak link in the financial system and how London is awash with Russian cash. The files include […] 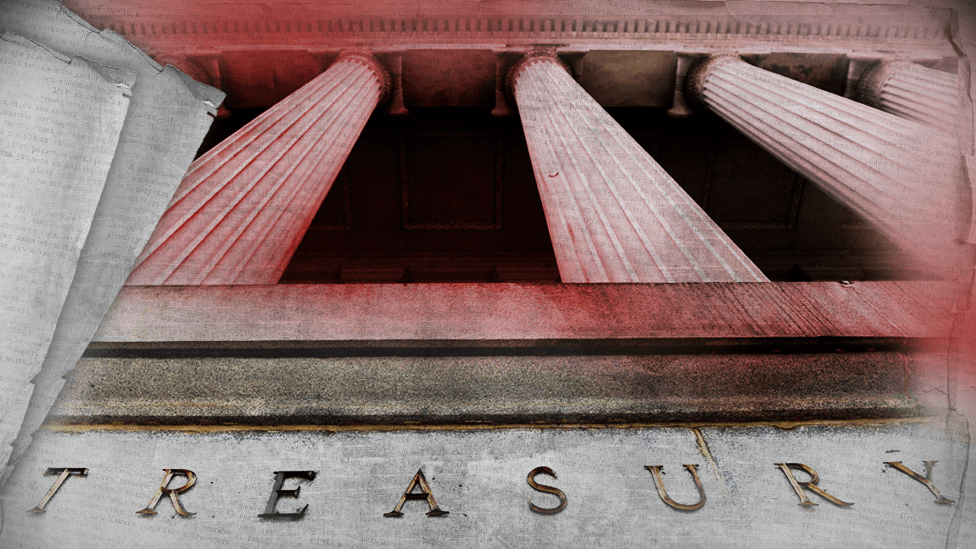