On Thursday, Stewart announced it was acquiring one of the largest title agencies in Michigan, Devon Title Agency. That deal follows on the heels of the acquisition of Seattle-based Rainier Title Company in November, and Westerville, Ohio-based Title First Agency Inc. in July.

As it executes CEO Fred Eppinger’s vision of transforming the company’s business beyond the confines of title insurance, Stewart has made headlines by acquiring a stable of companies to fill in holes in its ancillary services offerings, which include appraisal management services, search and valuation, and online notarization and closing solutions.

The most notable of those moves include a $192 million deal to acquire data and analytics provider Informative Research, which closed in September, and Stewart’s $175 million acquisition of property data aggregator PropStream in November.

Stewart’s campaign to build up its ancillary services got started last year with deals to acquire United States Appraisals, Pro-Teck Services Ltd., and NotaryCam. Other more recent acquisitions include the purchases of Signature Closers in February, and Cloudvirga, a digital mortgage origination platform, in May.

Those acquisitions have helped Stewart boost revenue generated by appraisal management, abstract, and other ancillary services by 188 percent this year, from $81.5 million during the first nine months of 2020, to $234.7 million during the same period of this year, according to the company’s most recent quarterly report to investors.

But it’s title insurance generating the lion’s share of Stewart’s revenue and profits. In a conference call with investment analysts, Stewart CEO Fred Eppinger said that going forward, the company can be “more selective” about acquiring ancillary businesses. 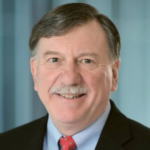 “We don’t necessarily need any more in the portfolio,” Eppinger said. “If you remember, a year ago, we had some glaring problems and holes in that we didn’t have scale in our services business and some of our capabilities were really lacking. And we really needed what we did in notary and what we did in appraisal to really solidify that business.”

Which is not to say that Stewart does not have its “eyes open for opportunities,” Eppinger said — particularly acquisitions that can improve the delivery of services to lender clients. But “the urgency on that side of the business is much different than it was before.”

On the title insurance side, Eppinger said Stewart is “trying to be thoughtful” and targeting acquisitions by geographic region, Eppinger said.

“Clearly, we had some significant holes when we started” acquiring title insurance agencies, Eppinger said. “Now there might be more fill-ins as part of that mix.”

In announcing the acquisition of Troy, Michigan-based Devon Title, Stewart said the deal highlights a “continued emphasis on investing in key markets across the country.”

Before it was acquired by Stewart in July, Title First was one of the nation’s largest independent title agencies, with offices in Ohio, Illinois, Indiana, Michigan, Texas, and West Virginia. Title First is licensed to operate in 34 states, and strategic partnerships allow it to do business in all 50 states.

“I think we’re in a good place, but I would tell you that the [acquisition] pipeline for us is still robust, and it’s part of what we’re trying to do,” Eppinger said. “Because we believe very strongly that this is about consistent execution to the customer, and scale allows you to get through the cycle and the seasonality so much better in a local market to deliver. And as you digitize the business and you move for more efficiencies in your operating model, scale also helps that too. And so it just makes a lot of sense for us to continue down that road.”

Stewart’s efforts to grow its title insurance business look to be paying off. Thanks to a boom in refinancing fueled by low interest rates, title insurers are having a banner year in 2021, with third quarter premiums written up 32 percent from a year ago, to a record $6.8 billion.

Among the big four title insurers, the Stewart family of companies, which include Stewart Title Guaranty and Stewart Title Limited, posted the highest rate of annual growth during the period, with premiums written growing by 52 percent to $641 million.

Although Stewart’s third quarter market share of premiums written was still just 9.4 percent, that’s up from 9.1 percent a year ago, according to an analysis by the American Land Title Association.

While Stewart has been posting strong results — net income for the three months ending Sept. 30 was up 55 percent from a year ago, to $93.4 million, as revenue grew by 40 percent, to $836.7 million — it’s also taking advantage of low interest rates to finance acquisitions.

On Nov. 24, the company issued $450 million in senior notes due in 2031, at 3.6 percent interest. Stewart disclosed that it planned to use the $444.2 million in net proceeds from the debt offering to repay approximately $370 million in senior unsecured term debt, and “for general corporate purposes, which may include, among other possible uses, acquisitions, funding for working capital, the repayment or repurchase of debt or other liabilities, repurchase of its capital stock and other capital expenditures.”

On Dec. 1, Stewart announced that its board of directors had approved an increase in the company’s annual cash dividend, from $1.32 to $1.50 per share, with a $0.375 per share fourth quarter dividend payable to stockholders of record as of Dec. 15.

Get Inman’s Extra Credit Newsletter delivered right to your inbox. A weekly roundup of all the biggest news in the world of mortgages and closings delivered every Wednesday. Click here to subscribe.

US to end trade relations with Russia

Sun Mar 13 , 2022
March 11, 2022: The United States and its allies moved Friday to end normal trade relations with Russia, as President Joe Biden vowed the West would make Vladimir Putin “pay the price” for his invasion of Ukraine.Related Posts:2021 Shaping Up To Be A Banner Year for Title Insurance Industry Biden […]