(Bloomberg) — Jeroen Dijsselbloem had been running the euro-area finance meetings for less than three months in 2013 when he stepped, bleary-eyed onto the stage at 4 a.m. to tell Cypriot savers they would have to help shoulder the cost of saving their country’s banking system.

With the single currency close to implosion at several points during the Dutchman’s tenure, traders around the world would soon get used to tuning in as he helped to thrash out a series of critical rescue packages in the meetings of Eurozone finance ministers, known as the Eurogroup.

Today the fallout from the coronavirus is raising familiar concerns about the resilience of public finances in the European Union. But the cohort of ministers who followed Dijsselbloem in the Eurogroup have largely gone missing. The election of a new president to fill his former role on Thursday offers the club a chance to revive its fading influence. Ministers from Ireland, Luxembourg and Spain are in the running.

Whoever emerges from the conclave will be focused on steering the euro area through an unprecedented recession. But if they don’t also give the club a fresh purpose in helping the bloc stand up to rivals like the U.S. and China the group risk fading into obscurity.

Dijsselbloem came through his baptism of fire to become a skilled broker, facilitating deals like his predecessor Jean-Claude Juncker. But his successor, Mario Centeno of Portugal, had less success in achieving consensus.

Over the course of a 16-hour teleconference in early April he failed to forge a consensus on how to protect the euro area economy and passed the buck to EU leaders, who in turn passed it right back. When the ministers did eventually come up with a plan, the largest portion of funding was deemed politically unacceptable by needy countries such as Italy and it was soon superceded by a bigger, broader plan drawn up by the European Commission.

But the malaise had set in long before.

Originally set up as an informal club where finance chiefs could exchange views and promote economic policy coordination, the Eurogroup quickly morphed into one of the most powerful decision-making bodies in Europe. During the financial crisis, ministers held many acrimonious meetings, striking late-night deals on emergency bailouts for five countries including Ireland and Spain, an overhaul of the EU’s banking rules and eleventh-hour loans to keep Greece from defaulting and crashing out of the single currency.

A lot of the Eurogroup’s power stemmed from its informal nature. With hardly any rules and barely two brief paragraphs in the EU treaties describing its purpose and modus operandi, the group took advantage this vagueness to get creative.

Meetings were less official and public than similar gatherings of EU trade or foreign ministers, so participants could speak their minds, sometimes trading barbs and bickering so badly that Christine Lagarde — one of the longest standing participants — once famously called for “adults in the room” to restore dialogue at the height of negotiations with Greece.

But for all the bad blood, they got things done.

Former German Finance Minister Wolfgang Schaeuble was a key participant for eight years, lending the group gravitas as one of his country’s senior statesmen. He set the tone during many crisis meetings as a key proponent of harsh austerity, gaining fans and foes in roughly equal measure.

But for Thomas Wieser, who used to lead the group of senior aides who prepared Eurogroup meetings, more important was that ministers like Schaeuble did their homework. A deep command of the issues meant they could engage in real debate and find compromises rather than just sticking to their talking points.

“The Eurogroup will be strong when it is a genuine forum for open and knowledgeable discussions,” he said. “If ministers read speaking notes it will become superfluous.”

During the sovereign debt crisis, the sense of urgency was a key driver of the group’s influence and decisiveness. When market tensions brought to light structural flaws in the currency union, ministers were able to harness the sense of danger to force through bold decisions on fresh bailouts or the setup of a common supervision and resolution framework for the region’s most important banks.

As the crisis subsided, the reform drive lost momentum.

Instead of using the good times to shore up the euro area to withstand future shocks, ministers spent hours in fruitless talks, bickering over details and struggling to make even small progress on outstanding issues.

France wanted a Eurozone budget with enough fiscal firepower to back up the European Central Bank’s monetary policy in times of stress. But the tool that emerged was massively watered down. Progress on a joint insurance scheme for bank deposits — a critical piece of financial integration — has been negligible.

Even when the economic risks returned this year with a vengeance, Centeno’s Eurogroup was unable to rediscover its mojo.

If his successor can make a better fist of it, the economic management of the whole EU will benefit.

There’s still a chance to revitalize the reform agenda and coronavirus may still have more unpleasant surprises in store. Once the pandemic fades, ministers will have to decide when, and how, to reinstate the fiscal rules that were suspended at the start of the outbreak, according to Guntram Wolff, director of the Bruegel think tank in Brussels.

“The Eurogroup has a role to play,” he said.

Sat Jul 11 , 2020
(Bloomberg) — The euro region’s smallest nations staged an uprising to put one of their own in charge of finance ministers’ meetings and strike a blow against the bloc’s major powers. Ireland’s Paschal Donohoe won a secret ballot of 19 colleagues Thursday to become president of the Eurogroup, defeating the […] 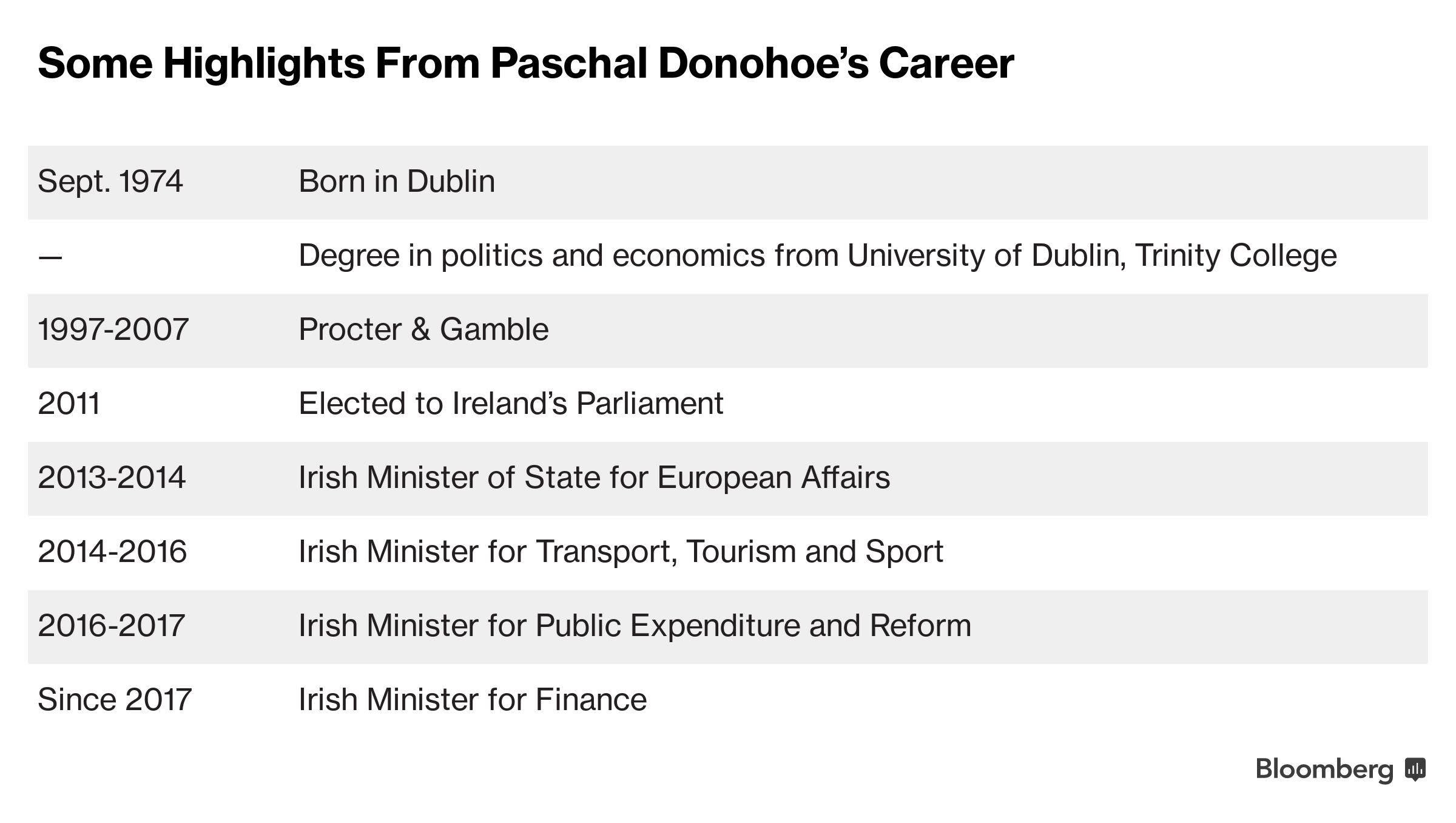