Allianz chief economic adviser Mohamed El-Erian shares his thoughts on the December jobs report, a ‘weakening’ U.S. economy, bitcoin, the importance of the 10-year treasury yield and how markets are impacted by government spending.

A new analysis released Monday by the U.S. Chamber of Commerce reveals that the United States’ economic recovery from the coronavirus pandemic continues to be uneven.

“Ten months after COVID-19 caused an unprecedented disruption in economic activity, some industries have fully recovered while others are in the equivalent of a depression,”  Executive Vice President and Chief Policy Officer for the U.S. Chamber of Commerce, Neil Bradley, said in a statement “The full reopening of the economy that widespread vaccinations will make possible offers a light at the end of the tunnel, but we will be dealing with the fallout from the pandemic for years to come. As we rally for recovery, it is critical that policymakers pursue pro-growth policies that can help business, families, and communities fully recover.”

The U.S. Chamber of Commerce’s survey found that the areas seeing the slowest economic recovery include the airport, hospitality, housing, and gaming industries.

The airport industry expects losses of at least $23 billion from March 2020 to March 2021. As for the gaming industry, the closure of all 989 casino properties in the United States in 2020 impacted more than more than one million American gaming and small business employees and caused a total economic loss of $43.5 billion. In addition, about 63% of hotels have less than half of their typical pre-crisis staff working full-time and housing projections show up to $70 billion in rental debt has been incurred as of the end of 2020.

Meanwhile, areas that have seen the strongest economic recovery include energy, which has seen petroleum demand in the U.S. return to 19.1 million barrels per day and the five-year range by November 2020 following the intial shock from the coronavirus pandemic, and the finance industry, which saw credit union deposits in the second quarter of 2020 grow 15 times faster than the same period a year ago. About 61% of food retailers also reported strong demand which had a positive impact on business despite new COVID-19 restrictions stretching their capabilities. Consumer spending in food retail was up 25% from February to March.

While residential and infrastructure construction was strong in 2020, data indicates that construction spending for office, industrial, warehouse and retail buildings was down 29.8% from 2019.

The new report from the U.S. Chamber of Commerce comes on the heels of the U.S. economy shedding 140,000 jobs in December, the first decline in seven months as a surge in COVID-19 cases nationwide triggered a fresh wave of shutdowns.

The unemployment rate held steady at 6.7%, the Labor Department said in its monthly payroll report, released Friday. Economists surveyed by Refinitiv expected the report to show that unemployment edged higher to 6.8% and the economy added 71,000 jobs.

In total, the U.S. has recovered roughly half of the 22 million jobs lost during the first two months of the pandemic. There are still about 9.8 million more Americans out of work than there were in February before the crisis began.

After a sharp contraction in March and April, the labor market quickly rebounded, adding 9.3 million jobs in the span of just three months. But since then, job growth has consecutively cooled each month with economists increasingly warning of a second slowdown.

The sector lost 498,000 positions last month, with the majority stemming from restaurants and bars, which saw a decline of 372,00. Since February, employment in the leisure and hospitality industry has fallen by 3.9 million, or 23.2%, according to the Labor Department. Employment also dropped by 92,000 in amusements, and recreation, while government employment fell by 42,000.

However, the $900 billion relief package signed into law by President Trump at the end of December is expected to help boost the recovery, according to some economists. The measure includes about $325 billion in small business relief, including $284 billion in forgivable loans for small businesses through the Paycheck Protection Program; an extension of boosted federal unemployment benefits at $300 a week through March 14, 2021, and a second $600 stimulus check. President-elect Joe Biden has also indicated that he wants to pass another COVID relief package, which could include a third, $2,000 stimulus check, once he’s sworn in.

GET FOX BUSINESS ON THE GO BY CLICKING HERE

Tue Jan 12 , 2021
If you’re bringing your brick and mortar retailer online or planning to launch an eCommerce retailer, having a marketing technique in place would enhance your chances of success. I recognize you letting me take this opportunity to elucidate my thought process on the best way to be taught SEARCH ENGINE […] 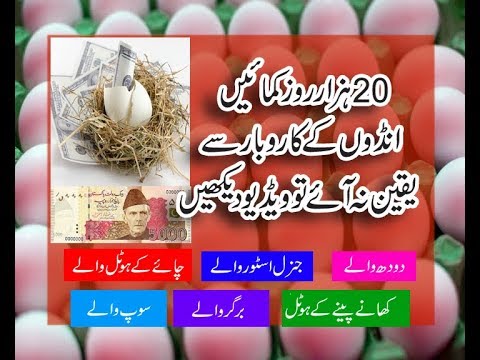