The data releases combine the two months of January and February as is the Chinese statistics bureau custom to avoid distortions from the Lunar New Year holiday, which can fall in either month depending on the year.

Retail sales grew by 6.7% year-on-year, topping expectations of analysts polled by Reuters for growth of 3% from a year ago. Furniture was the only category within retail sales to decline, down 6%. Petroleum products and gold, silver and jewelry saw the greatest increases.

Industrial production also beat, up by 7.5% versus expectations of 3.9% growth.

The unemployment rate in cities edged up to 5.5% in February from January, with that of those aged 16 to 24 remaining far higher at 15.3%.

Last week, China’s central government announced an official GDP target of “around 5.5%” for the year.

Many economists said the target is ambitious, especially after a resurgence in Covid cases forced factories to halt production.

The new restrictions hit major cities like Shenzhen and Shanghai in the worst wave of the pandemic the country has seen since the initial shock just over two years ago.

Tue Mar 15 , 2022
Around the globe a number of economies, including Australia’s, are starting to emerge from lockdown. While the coronavirus has not disappeared, governments and individuals are increasingly aware of what they need to do to manage ongoing risks and keep our economies afloat. So, what has COVID-19 taught us about today’s […] 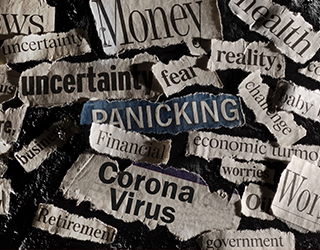