Welcome to the Capital Note, a newsletter about business, finance, and economics. On the menu today: France fines Google, an hour-long web outage, bearish Bitcoin, and a primer on digital-ad exchanges. To sign up for the Capital Note, follow this link.

Yesterday, Google agreed to pay a $270 million fine to French regulators for alleged abuse of its power in the online-advertising market. While the fine itself is nominal, it marks the first major regulatory action targeting Google’s opaque ad marketplace, in which Google plays the role of both broker and seller.

The case surrounds the tech giant’s two-sided ad exchange, which connects buyers and sellers of digital ads. Google Ad Manager connects online publishers selling ad space with brands buying it. The problem: Google itself is one of the largest sellers of ad space on its search engine and YouTube, among other properties. The French Competitive Authority charged Google with manipulating its control over the ad exchange to give preferential treatment to its ad supply over that of competitors.

Regulators argue that the opaque exchange mechanism, in which ads are traded programmatically, allows Google to route ad bids to its own platforms, driving its dominance of the digital-advertising market. Critics draw a contrast between ad exchanges and others, such as those for financial assets, which are heavily regulated and carry significant disclosure requirements on the part of brokers, buyers, and sellers.

In a statement announcing the settlement, the regulatory authority said that Google had “proposed commitments . . . which will change the way its advertising service” and sales platform operate. Although the specifics around those changes remain unclear, the fine could catalyze a broader shift in the structure of the digital-advertising market, especially because the U.S. and U.K. are both conducting ongoing investigations into Google’s ad marketplace.

The fee comes in the aftermath of a complaint put forward by NewsCorp and two French media companies. The Wall Street Journal reports:

To settle the French charges, Google has offered to improve the interoperability of AdX with advertising servers run by other companies, as well as to remove some other obstacles faced by competitors, some of the people said.

As part of the settlement, Google would neither accept nor deny culpability, the people said. Its proposed changes would be binding only in France, but could be adopted more broadly by the company, some of the people familiar with the matter said. Publishers and ad-tech companies elsewhere in the world, including the U.S., have raised similar concerns about the workings of Google’s products.

In the meantime, Google has found one way to assuage publishers: licensing their content. Le Figaro withdrew from the complaint after negotiating a partnership in which Google would pay the media company to publish its content on Google platforms. Although News Corp entered into a similar agreement, the company declined to withdraw its complaint through the French regulatory body.

In the long run, it seems likely that lawmakers will require increased transparency from ad exchanges. The rapid growth of the industry has left regulators flat-footed, but even those opposed to antitrust regulation can acknowledge that this opaque market is open to abuse.

A Silicon Valley-based internet infrastructure provider, Fastly, admitted that a problem with its systems caused the outage. It blamed a configuration error but has not provided a detailed explanation of what went wrong.

Fastly stock is up 7 percent today, perhaps because the outage highlights just how much of the Internet relies on its services.

Bitcoin slumped to a two-week low, with analysts pointing to a technical breakdown as well as the recovery of Colonial Pipeline Co.’s ransom as evidence that crypto isn’t beyond government control.

The fact that investigators “could trace the untraceable and seize it might be undermining the libertarian, free-of-government-control case,” said Jeffrey Halley, a senior market analyst at Oanda. The implications of that may have provoked the selling, he said.

ProPublica has obtained a vast trove of Internal Revenue Service data on the tax returns of thousands of the nation’s wealthiest people, covering more than 15 years. The data provides an unprecedented look inside the financial lives of America’s titans, including Warren Buffett, Bill Gates, Rupert Murdoch and Mark Zuckerberg. It shows not just their income and taxes, but also their investments, stock trades, gambling winnings and even the results of audits.

In a Stanford Law Review paper, antitrust lawyer Dina Srinivasan made the case for increased regulation of ad exchanges. While I’d quibble with her economic analysis, her paper provides an informative overview of the way ad exchanges work:

Whereas the world’s largest financial exchange, the NYSE, trades the shares of a few thousand companies and processes a few billion shares a day, Google’s advertising exchange trades ad spaces targeted to billions of individual users and likely processes tens of billions of these targeted ad spaces daily.

Just as individual investors go through an intermediary broker to trade on financial exchanges, publishers and advertisers must also go through a computerized middleman to trade on advertising exchanges. On the buy-side, advertisers use specialized software made either for small or large advertisers. Smaller advertisers, such as your local dry cleaner, might use a simple, self-serve online buying tool, such as Google

Ads, which Google has analogized to the “online broker” in the ad market. Continuing this analogy, an early Google Ads competitor called itself “the eTrade to Google’s NYSE.” In practical terms, the dry cleaner sets a budget and defines its bid parameters (e.g., bid ceiling) and Google Ads will bid on and buy ad space, including those trading on Google’s exchange, in an automated fashion on the dry cleaner’s behalf. However, Google here can ultimately be the advertiser’s counterparty, not its agent.

The lifecycle of an ad trade flows through these three software components— the ad server, the exchanges, and the buying tools—and begins the moment a user visits a webpage. The user’s visit triggers the publisher’s ad server to identify the user loading the page and to route the ad space on that page to one or more exchanges. The exchange then sends trading signals called “bid requests” to the buying tools that have a “seat” to bid, soliciting them to return a bid for that space without knowing what others are simultaneously returning as their bid. Each exchange then holds an auction, picks a winning bid, and returns it to the ad server. The ad server can then maximize the publisher’s inventory yield by selecting the advertisement associated with the highest exchange bid and returning it to the user’s page all before it finishes loading.

Thu Jun 10 , 2021
As we speak, even the field of dentistry is wealthy in artistic entrepreneurs who actively create and introduce goods and companies that will seem cool and strange to you. Listed here are 5 top the reason why you need SEARCH ENGINE MARKETING marketing for your business in 2019 and past. […] 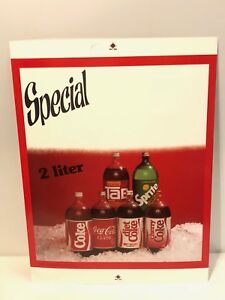